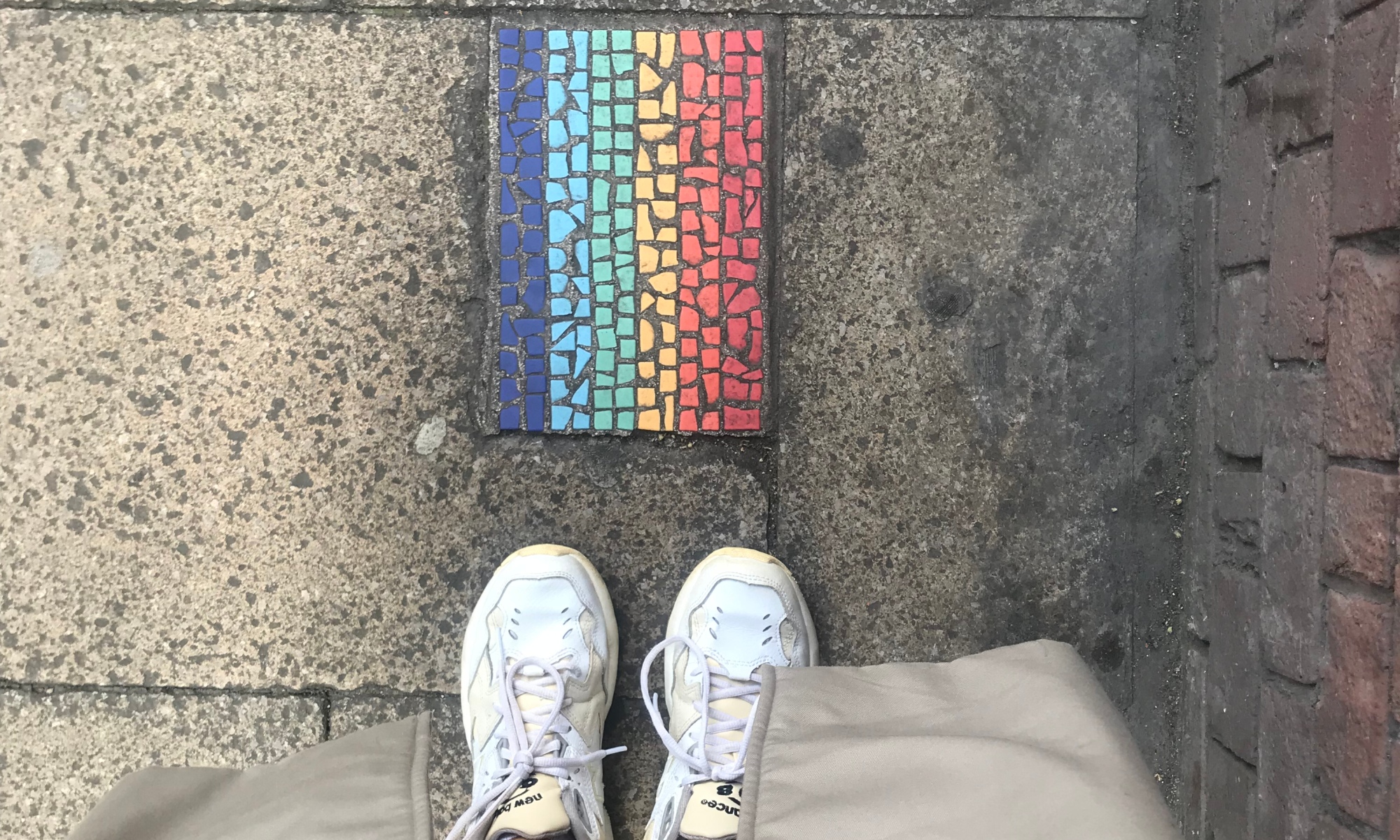 Hi everyone! I haven’t blogged for a whole week (shock) – I’ve been happily relaxing away from social media and it’s been heavenly. So I’m back better than ever ready for more topical chats and fashion writing.

For the past four days I’ve been in Manchester! I had never visited the city before so I was very much looking forward to it. My sister has just recently moved up there for her new job, and she’s now working for Missguided!! How cool is that?!

The main reason why I visited Manchester however was so just have a lil holiday with my boyfriend. We haven’t been away this year, so we decided we just wanted to do a cool city break and stay in England. We honestly super enjoyed Manchester. The shopping was amaze!

We visited loads of the main sights in Manchester and we didn’t even realise haha! We walked one day around 20,000 steps !!!!?? It’s insane the amount that you end up walking when you’re just enjoying seeing monuments and iconic places.

We mainly travelled via tram, which was sooo much fun and super easy. If you decide to visit the city then definitely travel via the tram system because it’s cheap and a tram comes literally every 2 minutes so you can hop on & hop off.

Here’s us chilling on a tram hahaha, it was Jonny’s first time on a tram. I had previously been on a tram in San Francisco, so I knew how they worked. 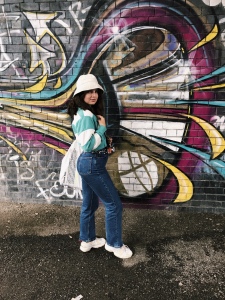 We visited the Northern Quarter pretty much every day, as it was so close by and there were lots of shopping places to visit.

From searching in vintage shops to looking around Abercrombie & Fitch, we did buy a few items!

I was planning on purchasing a few vintage pieces if I came across anything I liked & if I’m honest, nothing majorly jumped out at me. If I had more £££ then I would’ve definitely been more likely to buy some items, but I didn’t really need them. However, I did buy a few pieces from Urban Outfitters, Abercrombie & Fitch and Pull & Bear.

The new items were all worn together just randomly in this photo haha! I hate when I wear all my new items all in one day altogether (if ygm) – but it was a coincidence that they all paired nicely.

It was quite rainy in Manchester, so the hat was definitely needed 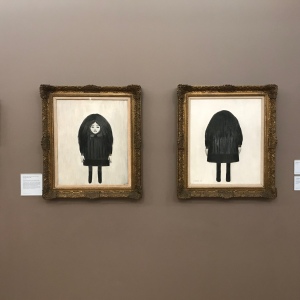 Visiting art museums is one of my FAVOURITE things to do.

I’ve visited quite a few art museums in my lil life time so far, and I hope to visit many more. This is the Lowry in Manchester, UK.

If you know artists, then you would have heard of Lowry. The creations he made which feature in his museum are outstanding. I sometimes look around art museums and even though I get incredibly inspired by so much artwork, there’s some that are featured which I honestly think anyone could do. You know, those paintings or drawings that are literally a lil scribble? Yeah, worth ££££ though haha! But all in all, the artwork shown always inspires me to start drawings again as I truly love to draw. Art and artistic things come quite naturally to me, hence why I’ve chosen an arts based course I guess! But Lowry’s work was quite deep and dark most of the time, my favourite is the girl with the long dark hair.

In the Lowry was a free exhibition called ‘expect the unexpected’ which was intriguing and quite frankly odd! From videos of people trampling on pieces of sticky paper to showing a video of a naked body laying down with a fly hopping all over the stomach …. yeah I know. That was disturbing to say the least. But hay ho, I guess it was pretty unexpected.

Me & Jonny went on a date night for one evening, as most nights we spend with my sister & her boyfriend. So on our date night we went out for dinner to the Hard Rock Café in the Arndale. The Arndale is a shopping centre in itself, but the location was in Arndale. The food was EPIC!! The Hard Rock Café is one of my all time favourite restaurants, I’d been to a few in the US, but never one in the UK so it was a treat!

As we were walking along, we found a festival. Jonny absolutely loves music so we went to see what it was about and it was the Manchester International Festival – MIF! We listened to one band as we both needed to get the tram back home, but we could’ve stayed for so much longer. The band was great and we had lots of fun. 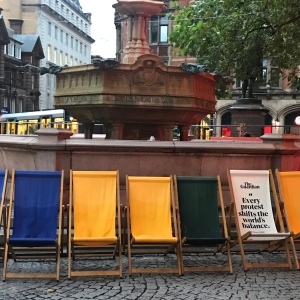 Plus, the biodegradable straws had lil bee’s on, so I genuinely took another straw home to keep hahaha! 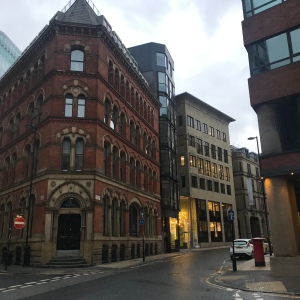 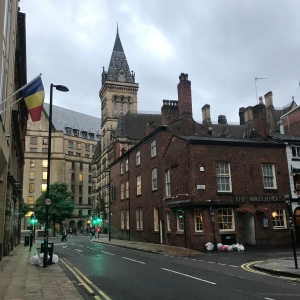 Manchester has honestly been one of the coolest places I’ve ever visited in England. As a city itself, it’s really fun, filled with life and great hidden places to visit.

We saw other locations such as the Manchester Arena, the Cathedral and the Trafford Centre. The Trafford centre is AMAZE to shop at. The ceilings and architecture is fabulous. If you’re looking for a great day out shopping and a fab food hall, then go there!

We went to Zizzi’s there with my sister & her boyfriend, which the food was great but the atmosphere was just lovely and topped it off. 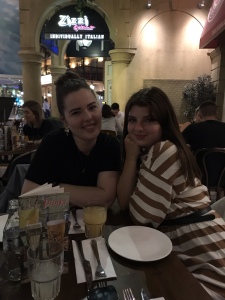 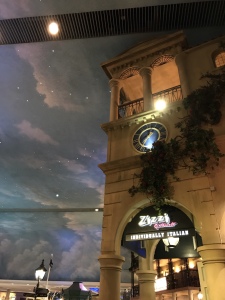 I didn’t manage to get any photos of me playing crazy golf, but we went to the Arndale to play crazy golf which was fun. Can I just say that I came second out of everyone??? Holes in Ones as well! Congrats to me. 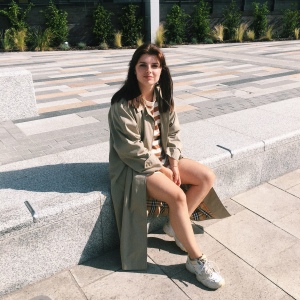 The vintage shops were a big highlight of the trip for me. I’m a huuuuge fan as you all know of vintage clothes and there’s tonnes of it in Manchester. The Northern Quarter is super cool so check it out if you ever visit.

Manchester, you have my heart.