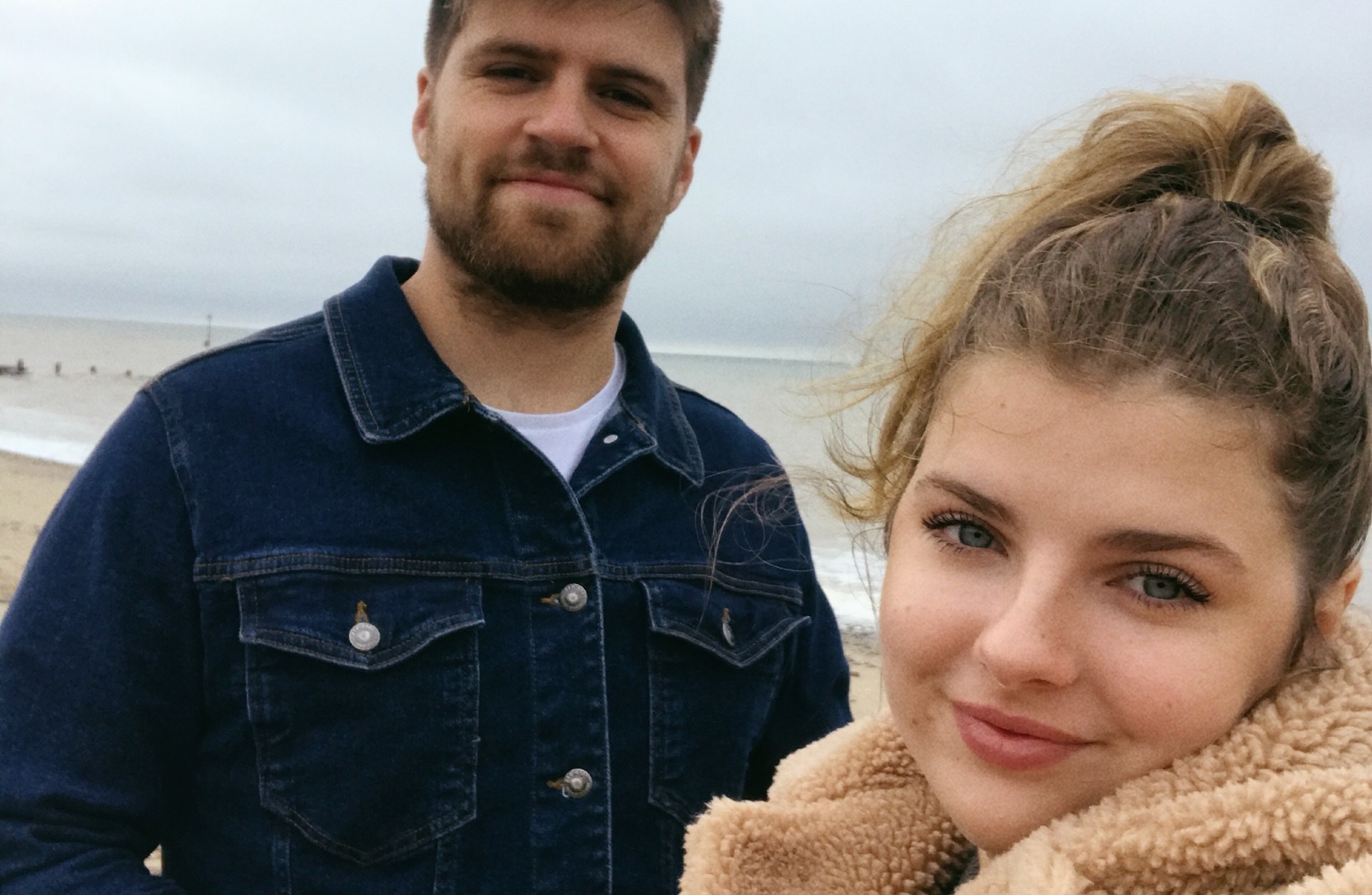 Rise and Shine Styled by Sophie readers, hope you’re having a lovely morning!

Today i’ll be talking to you all about my very recent city break, to Hull! There’s so much stigma about Hull, people saying there’s nothing there or that it’s just not a nice place, when in fact yes there are areas that would be deemed as ‘not nice’ but there’s places like that in every city? So my experience of Hull has been wonderful, spending quality time with my boyfriend before he heads back to Univeristy.

I’ve been to Hull a handful of times since Jonny has been to Uni up there, but we hadn’t seen much of the city really.

There isn’t mass skyscrapers or anything like that, it’s all one height tbh and just spread out. We were there from Tuesday – Thursday night, and we honestly did SO MUCH! 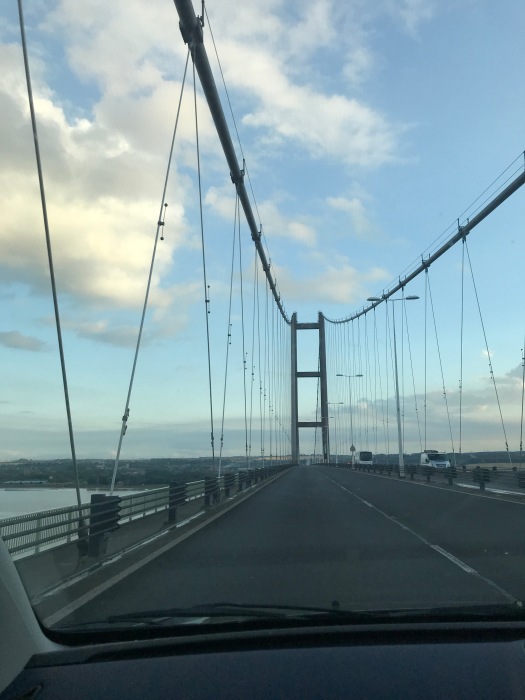 Jonny drove for us, because he’s a more confident driver than me tbh, and he’s really good, bless him. The journey there took us around 3 hours and we had no problems with traffic whatsoever. It was all very smooth! We left at 11.30am and got there for around half 2. We stayed in Jonny’s new Uni house, which is super nice because it’s in a gated community, so I feel really safe and i’m glad he’ll be more safe this year staying there!

We had a take away curry for dinner which was wonderful, and we then just chilled out for the rest of the night, watching Final Destination, bit creepy for my liking hahah.

Processed with VSCO with m3 preset

Processed with VSCO with b1 preset

We woke up, ate some Krave which was lovvvvely, Krave is honestly one of the best breakfast cereals like c’mon, chocolate filled happiness hahah.

Anyhow, we travelled to the beach which was around 40 minutes away, but we were so excited. I’d been wanting to go to the seaside in England this year and it was lovely that we got the chance to. We went to Hornsea Seaside, which was a beautiful area. We walked up and down the beach. Jonny taught me how to do stone skimming across the water which was really hard tbh hahah, you’ve gotta time it right, angle your hand correctly and pick the right stone to throw. Tough work aye.

The temperature was actually really nice, it was cold with a bit of wind but I wore my new coat from Zara, and I stayed warm as toast! 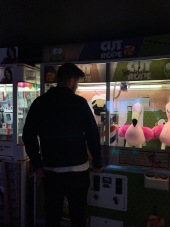 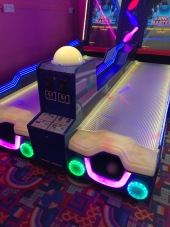 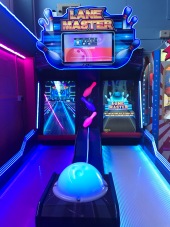 There was an arcade by the beach, so we had a few games on the machines which was fun! Hardly anyone else was there, so we had the whole place to ourselves hahah! Jonny played on some bowling game, but I was awful at it hahaha. 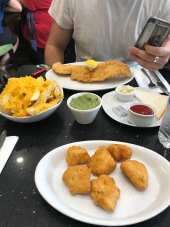 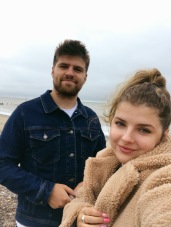 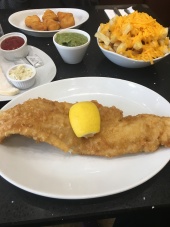 After playing on the games for a little while, we were peckish. So we decided to have a bite to eat at a chippy. Jonny had cod and chips, whilst I had some nuggets, if anyone is close with me, you’ll know i’m a huge fan of chicken nug’s hahah. Anyone, feel free to send me some hahah. 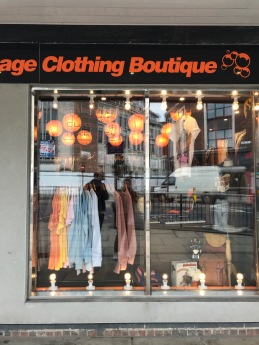 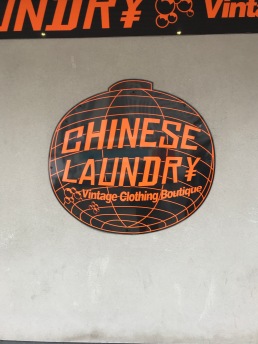 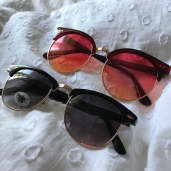 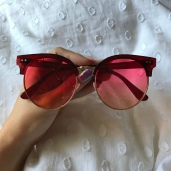 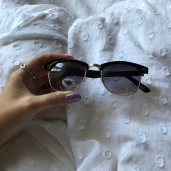 I bought these sunglasses, recently I’ve been having loads of sunnies and I just couldn’t say no to these.

The pink pair are my fashion sunnies. I’ll wear them with most outfits from now on, and they’ll be great for Autumn.

The darker pair of sunglasses are my evening sunnies I think. I’ll wear them if I’m going out somewhere dressy because they’re smaller in size and act more professional. 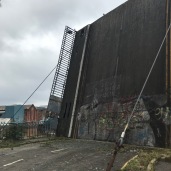 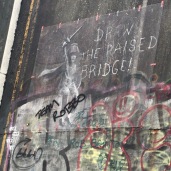 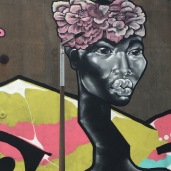 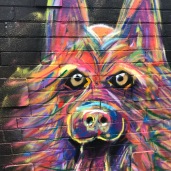 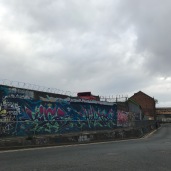 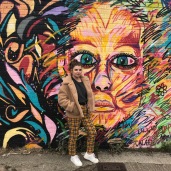 We wanted to see the Banksy art piece that he drew, so we had a further walk to the site.

It was quite a run down area of Hull, which makes me love Banksy even more as an artist. He decided to paint in an area of Hull / England that wasn’t ‘posh’ or particularly pretty, he proved that art can be anywhere and everywhere.

Banksy drew this on the lift bridge. There is fencing around the area so you couldn’t get majorly up close, but it was perfectly fine. Since his art piece he created in Hull, hundreds of other artists have done the same and have created art in the area he painted his.

Me and Jonny saw a group of artists in action, spray painting a nearby wall next to so much other art work. It was wonderful! Hull is filled with amazing artists and creative people, we need to stop putting a stigma on the city and it’s people.

We decided to get Pizza Hut, which I was very happy about, I love Mac & Cheese omg. I then finished my meal with a hot cookie dough pizza and ice cream, if you haven’t had that from Pizza Hut then idk where you’ve been for the past 10 years because it’s lushhhh.

Thursday was our last day 😦 we wanted to stay for a little longer but we had stuff to do when we got back. But we still had a wonderful day!

We woke up, sorted our packing out and went out for the day. Jonny had pre-booked cinema tickets to go and watch The Nun. If any of you are scared of horror movies then the movie wouldn’t be for you hahha. It was more jumpy than scary! Saying that, I still covered my face at times with my cardigan hahah.

Later on, we had a Nando’s. I don’t go to Nando’s often, I really like it though! But I wouldn’t recommend the sweet potato wedges. The ones I had in Hull were not great, looked like long slugs ahahaha. I love sweet potato usually, it just wasn’t cooked well.

Afterwards, we packed all our stuff together and headed back home. Jonny wanted to show me the Humber Bridge at night because it is all lit up and looks beautiful apparently, but we didn’t get the time to, so he said he’ll show me it when I go back up in a few weeks time. Which I’m super excited about!

Hope you’ve enjoyed my little insight on the City Break with my boyfriend. I’ll speak to you all again on Tuesday my angels.