Me and my sister spontaneously decided to have a shopping trip to Birmingham Bullring on Saturday. It was so much fun as because we weren’t really meant to buy much but we did anyways … oops.

Shopping makes me so relaxed, even if I don’t purchase anything I love having a day out, especially to places such as the Bullring in Birmingham. 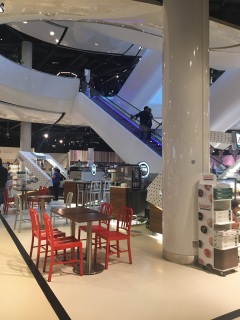 We got on the train from Northampton to Birmingham and walked from the stop in there; the station is literally right inside the Bullring, so it makes it super easy.
The shopping centre is huge!! It is also so clean and spacious, so it means you’re not bumping into people all the time as you pass them, which is a plus.
When we got to the centre we were SO HUNGRY, i’m constantly wanting food even though I don’t need it. I am a ‘bored eater’, so when i’m bored the first thing I do is eat, which i’m trying to stop doing as much.
Just to keep you updated with my fitness, i’ve been working out most days as a routine using the Kayla Fitness 12 week programme. The loveliest girly ever, Emilia Harper, messaged me about going on runs with me / working out together and I thought it was a great idea and so kind of her to pop up to me and help me out with my fitness. She mentioned a programme she is currently doing which is by Kayla Itsines which is her bikini body workout guide, on instagram look up ‘kaylatransformations’. So we just message each other every now and again to keep each other motivated and it does work! I feel much better even though it’s only been two weeks of me working out properly. Anyways, thats what i’ve been doing most days of the week!
Going back to my shopping trip and food rant…

We went to Nando’s and I had plainish chicken burger, yes judge me all you like but it’s nice so I had it. Chicken burger’s are lushhhh, however I sort of want to become a vegetarian so probably should stop eating them, maybe, i’ll think about it.
I only took a few pictures because most of you reading will know what the Bullring looks like, just a big shopping centre with pretty lights and shiny floors..typical shopping area. However one of my favourite places ever to shop / have a look around is Selfridges.
Selfridges has such nice clothes shops to look around, I love having a look at various shops just to see whats about and if I see anything I like.
Posey picture of me moving my hair off the face as per. 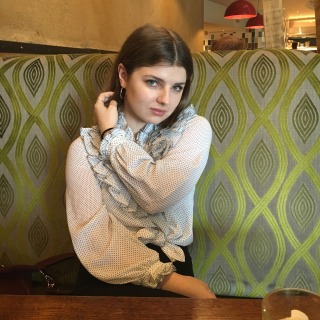 Purchases:
Mid-rise blue cropped jeans – Urban Outfitters (shown in the picture)
High-waisted blue denim shorts – Topshop
Chicken burger – hahah from Nando’s
I also bought a beer pong set because it’s fun, and is always needed at a house party or pre-drinks – from Tiger
I didn’t have a huge shopping spree but I do love the purchases I bought. The jeans were quite expensive but it’s all about the student discount people!
Onto Night’s Out, and I mean out out..
So me and my group of friends went out on Wednesday, it’s the Student night where I live and all my pals are back for Easter now so I will be out quite a bit, i’ll probably be out most Wednesdays now hahah and possibly this Sunday (Easter).
Most people who are reading my posts will know about NB’s, its crap but you miss it if you haven’t been there in ages hahaha. NB’s is one of Northampton’s clubs which Northampton isn’t great anyways to go out out but it’s alright.
Me and my group went out and we had a great time, I loved seeing them all again and talking to them about what they’ve been up to. I went out with my closest friend Meg, if you don’t know her you probably should, she’s super cute and cool!

I did my make-up in about 5 minutes because Meg told me she was coming in 5mins and I had to rush and get ready so quickly, rude as. Anyhow, I was ready in time for her arrival and we headed off to Sam’s house to pre-drink before we went into town.
I saw loads of people who I hadn’t seen in ages and gave them all hugs and had chats with them, I enjoy going out because you also mingle with people in the girls toilets, if you know you know.
The girl’s toilet in any club is where you meet such nice people but then you never see them again, typical. Some girls were super nice and asked me where my top was from because they said they loved it and I said oh it’s a Stranger Things top (i’m a fan), and they were fan’s too so we basically bonded over my top. Thats what it’s like in the toilets. Lovin’ it.
We danced loads and drank quite a bit .. always good. Danced the night away and saw loads of people, loved dancing with you all if you were out, hope you all enjoyed my presence 😉 hahaha
Anyhow…
So on my Night out I wore:
Stranger Things top – Urban Outfitters NYC
Black flared trousers/leggings – Topshop
Black heeled boots – Zara
Hope to see many of you reading throughout Easter, because i’ll be out … out woooop!
Love,
Sophie Eleanor xxx